This was the first time I had ever attempted roasting pumpkin (or even carving one for that matter). My cousins came over b/c they carve pumpkin every year and knew exactly what to do. I thought J2 would have fun pulling all the icky insides out of the pumpkin, but he really didn't like his hands dirty. So, my cousins did the dirty work and J2 just picked the seeds up from the table and put them in a bowl...haha! He still had fun though. 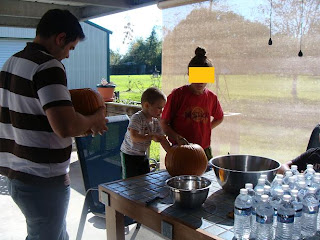 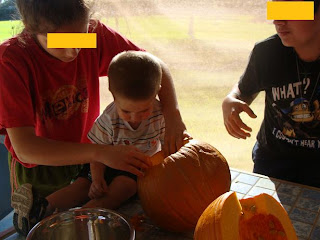 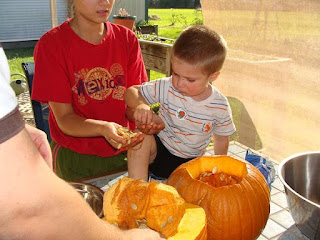 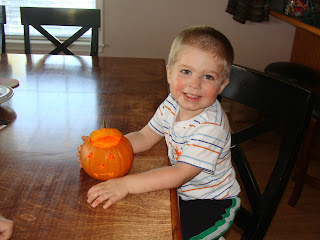 We even carved his tiny pumpkin that he picked out. He loved it! He wanted to see it all the time and he would hug and kiss it...so cute! :)

I took the two pumpkins that we bought and cut them up to roast. I wanted pumpkin puree for my freezer since I had been using it a lot in pancake recipes and things, but I didn't realize that it would take me ALL DAY to do it. I got a ton of pumpkin!! Next year I am just gonna get one small pumpkin (if I don't have any left over from this year)... 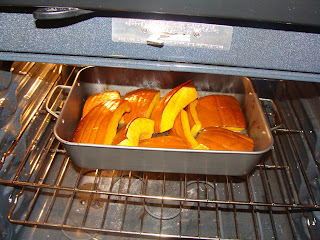 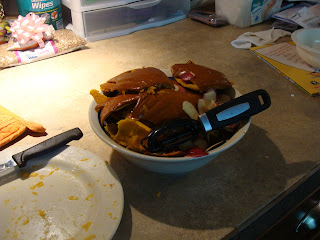 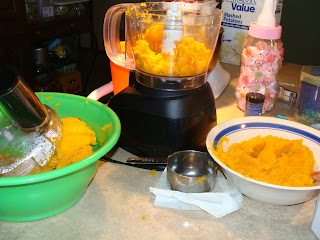 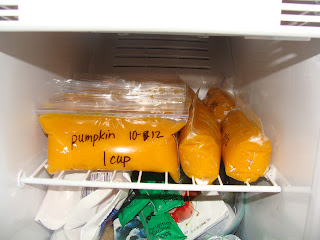 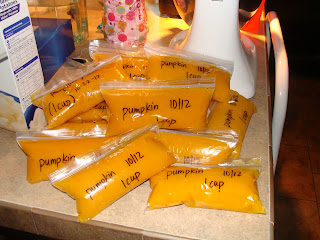 I got like 25 snack size bags worth of pumpkin that I can just pull out whenever I need some. I just never thought I would get that much pumpkin out of the two we bought (they were just medium size)...now I know! :) 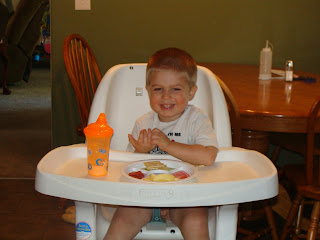 J2 was very patient while I was mashing and bagging all of the pumpkin puree. He ate his lunch and watched what I was doing. I even made him a little taste of the pumpkin, but he didn't like it so much.
Posted by Apple

Apple
I just need a place to talk about everything...

Looking for something specific?

How many visitors have I had?